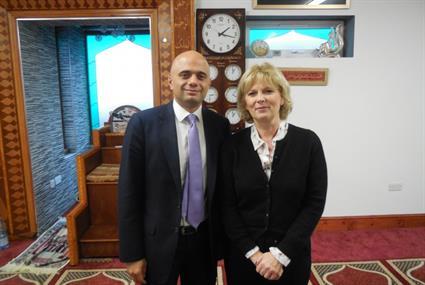 Cameron's cabinet is now full and the position of BIS (Business, Innovation and Skills) Secretary has been assigned to Sajid Javid, who fills the boots of ousted Lib Dem MP Vince Cable.

Considered just as important for SMEs, however, is the new Minister for Small Business -  Anna Soubry, MP for Broxtowe.

First impressions suggest she will not be a shrinking violet in government, already having won a little notoriety from her 'colourful' description of the former Labour leader Ed Milliband and noted by Oliver Wright, the Independent’s Whitehall Editor, in an interview as being someone who ‘doesn’t mince her words and those words are very quotable.’

A typical Conservative? Not quite

Unlike the Eton elite and a large majority of MPs, she went to a comprehensive and is the daughter of a Nottinghamshire garage-owner. She shares a less salubrious background with her senior, Javid, who was educated at Downend comprehensive and was one of five sons to a bus driver.

While canvassing in her area of Broxtowe during the election, independent polls suggested that her support from the working-class was increasing, which Soubry admitted to being proud of, while Labour were gaining more of the middle-class vote.

The larger homes in the area, Soubry acknowledged in an interview with Wright, are largely Labour supporters. ‘They think I eat babies for breakfast,’ she told Wright in a forthright manner. ‘They are appeasing their conscience because they have a bit of money.’

Another surprising fact about Anna Soubry is that she is a former SDP (Social Democratic Party) member, the centrist party that split from the Labour Party in 1981 before being merged into the Liberal Democrats in 1988. She is also known to have supported the legalisation of cannabis in the past, though is said to have since changed her mind.

She was also a journalist and TV presenter on This Morning during the ‘80s and 90s which, to an extent, explains her willingness to be rather open (to the dismay of CCHQ) while speaking to journalists.

Her relatively liberal views, despite her political allegiance, have been criticised in the past – particularly in a famously vicious article by Melanie Philips for The Daily Mail:

‘Indeed, with her declared fury at communal powerlessness, her passion to ‘make stuff better for the poorest’ and her rage over the ‘s****y lives of the unemployed’, you are left wondering why on earth Ms Soubry didn’t join the Labour Party.’

What’s involved in her role as the small business minister?

According to the gov.uk website, Soubry is responsible for:

Some may not be enamoured with Anna Soubry and her outspoken tendencies, but the FSB (Federation of Small Businesses) are delighted with her appointment.

In a statement, they claim that ‘small businesses finally get a powerful voice in the cabinet’ and that the ‘this appointment is a fitting recognition of the huge contribution UK small firms make to the economy.’

‘This is a big win for the FSB as we have long been pushing for a dedicated voice at the heart of government who could robustly advocate for the UK’s 5.2 million smaller firms,’ Mike Cherry, FSB Policy Director, said. ‘With Anna Soubry’s appointment to cabinet, small businesses can now feel more confident that their concerns will be heard at the highest level.’

Similarly the CEO of media barter business ‘Astus,’ Francis Dickens, has written an open letter to Anna Soubry, saying that’s she’s ecstatic that ‘David Cameron has appointed a woman with a reputation for tough talking as the minister for small business.’

Anna Soubry’s reputation for creating a stir has been well documented by the press over the last five years. However her no-nonsense approach and openness really could be very positive for the growth, development and voice of small business.