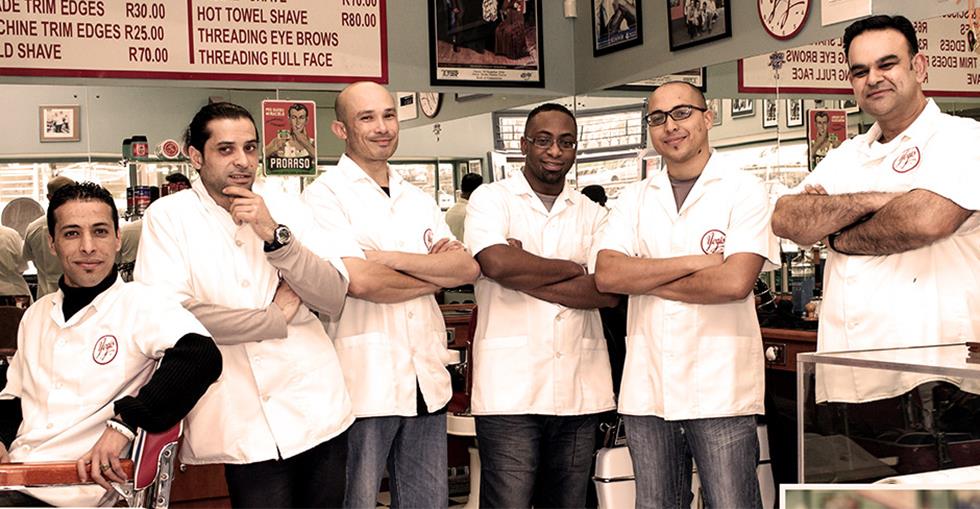 How to Run a Barbers: The Secrets of Success

Nicky Tatley talks to Yogi Govan about his legendary barbershop in the heart of Cape Town and what it takes to succeed in the business.

Yogi Govan knows men’s barbering – and everyone knows Yogi. It’s little wonder; Yogi is the fourth generation of barbers in his family, who have been catering to the grooming requirements of Cape Town’s gentlemen since the 1920s.

Yogi’s great-grandfather, originally from India, set up a barbershop in the late 1800s in the Eastern Cape’s Uitenhage. Taking the family business South, Yogi’s grandfather opened his first barbershop on Loop Street in Cape Town in 1929. He then moved to the bustling corner of Buitengracht & Dorp Street and opened Salon Harry in 1957.

This is where Yogi and his brother learned the family trade and in 2006 they partitioned the business into and barbershop – Yogi taking on the barbering side.

Ten years later and business is booming. Yogi’s is a classic barbershop (complete with stripy pole and traditional fittings) and attracts long-term regulars as well as a hip and ethnically diverse Capetonian clientèle.

We spoke to Yogi himself to discover the secrets of a running a successful barbershop and his hopes for the future.

It’s fair to say there’s been an explosion in the male-grooming market over the past decade and this has played into Yogi’s talented hands.

In the 90s Yogi and his brother found they had to focus on the hairdressing side of the business but tastes began to change, which prompted Yogi to bring his barbering heritage back to life:

‘More recently there’s been a surge of guys going back to old school barbers. The beard has come back hugely. This started out in Europe…guys are grooming beards and growing big beards. The classic short back and sides has also come back.’

‘The cut-throat razor can be used in terms of facial shapes to line-up the cheeks and the neckline, it can taper the beard down…it gives a precise finish.’

One thing that is vital for a successful barber is the connection they make with their clients and the reputation that this engenders.

Five minutes spent talking to Yogi reveals why he has become so popular; he is warm, courteous, engaged and engaging – all the attributes needed to keep customers coming back.

Starting out on his own in 2006, Yogi now has 7 barbers and a long list of those who want a job in his shop. His magic touch has rubbed off on his employees and kept the shop constantly busy:

‘My barbers get really well acquainted with their clients as well as making it their business to remember their preferred style. A specific gentleman’s cut is a very individual thing so people will come back to their particular barber.’

And marketing is made easy after these connections are made. Yogi says it was the same for all his paternal predecessors who never had the luxury of social media:

‘Forget Facebook and Instagram (although I have these)! : the best advertisement we’ve had up until now has been the walking billboard of a good haircut and, of course, word of mouth.’

A photo on the wall of Yogi’s barbershop pays testament to that: it is a stylish elderly gentleman who has had his haircut by not only but his father and grandfather before him.

‘Back then the barber shop was the perfect place to catch up on gossip, now all about networking and getting connections.’

The iconic look of Yogi’s has also served it well. The 50s style black and white tiles, walls adorned with old photos and a suite of red antique barber’s chairs all conjure up the notion of old school customer service as well as a tinge of nostalgia.

The shop is a honeypot for the media – and has featured in numerous magazine shoots as well as a campaign for New Balance trainers; The Barber Shop pack.

Cabinets in the shop display old barbering tools from ‘back in the day’ and Yogi and his barbers all wear matching white tunics giving the impression that they might, at any moment, move into a quartet formation and start .

Just as the Slow Food movement caught the imagination of a modern generation tired of big, brusque brands – so the traditional barbershop with its image of service and the investment of time has had a real renaissance in recent years.

Image aside, no barber can achieve long term success without a talent for male grooming.

Barbering skills are not as easy to obtain as standard hairdressing qualifications; there is a certain ‘passed down’ quality to the talents of a good barber, which adds to the appeal:

‘When I was watching my dad in his barber shop, I picked up the skills and implemented them. In a barber you use your eyes to learn. Even if you have an opportunity to become a sweeper in a barber shop: take it – simply because when you are not sweeping, you are watching. That’s how most of my barbers have .’

Yogi claims barbering skills can be learned, in some part, by on colleagues (he is a willing ‘guinea pig’ in the shop), YouTube videos as well has observing experienced barbers.

He claims one of the key things needed to run a successful barber shop is to train your barbers as they work:

‘When you employ people and you have that level of training…teach them to right their wrongs. My barbers are grateful to have a manager that knows how to cut hair and who makes sure that it’s done spot on.’

Another necessary element is consistency:

‘Once you start cutting, the most important thing is keeping the quality of your cut at the same level and never let it go down.’

Yogi would never have got where he is today without being passionate about barbering as well as having dreams for the future.

Every business should look forward, and Yogi sees the potential to propagate his talent and success in barbering:

‘One of my dreams for the future is to open up a college to teach barbering. In South Africa, the emphasis is more on the hairdressing/cosmetics side of things and sadly there’s no official barber shop college in Cape Town. I would love to leave a legacy of teaching guys old school barber skills.’

With his infectious positivity and pride in his trade, something tells us Yogi’s dream might just come true.

Nicky contributes articles to all titles in the Dynamis stable, primarily BusinessesForSale.com, FranchiseSales.com and PropertySales.com and is a regular contributor to other business publications including Talk Business, Bdaily.co.uk and NuWire Investor.

Meet the people: the beauty salon owner
We interviewed Artyce Dozier to find out how she's become a successful salon owner operator

The Brixton Barbers
In the latest instalment of our inspirational entrepreneur series, we spoke to Ben, one half of the Theopanous barbering duo, about their family business, London Barberhood. 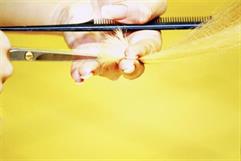 How to run a beauty salon
Growth in the beauty trade has been buttressed by extra male participation.